THE TYRANNY OF NEED:
Examining the Code of Self-Sacrifice—and the Alternative of Rational, Non-Predatory Self-Interest

Is it morally good to achieve your own happiness?

From childhood, we’re taught that helping others is the essence of morality. We’re told that acting to benefit someone else is praiseworthy but acting to benefit yourself is not. And most people take this code of ethics for granted. They may not always abide by it, but they don’t doubt its validity. They don’t question the idea that sacrificing your interests to the needs of others is a virtue. They don’t challenge the premise that to live ethically is to live altruistically.

This book challenges it—and shows you how to uphold, guilt-free, your moral right to the pursuit of your own happiness. 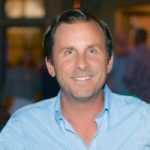 “A read of Peter Schwartz’s excellent In Defense of Selfishness will make you happy for reminding you in insightful and entertaining fashion that your own happiness is of utmost importance. . . . Where the book becomes most fun is when Schwartz addresses the impoverishing notion that there’s nobility in that which is ‘public,’ and at the same that there’s something untoward about that which is ‘private.’ Schwartz asks ‘why is a city-owned park a benefit to the public while a private shopping center is not?’”

JOHN TAMNY
Political Economy editor at Forbes and the editor of RealClearMarkets. 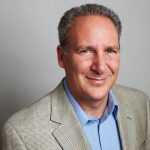 “In an easy-to-read style, [Schwartz] lays out the moral justification free-market advocates need to reclaim the economic high road from those self-described modern-day liberals who have misappropriated it.”

“This thoughtful and well-reasoned essay will, for sure, evoke many spirited arguments on the altruism-versus-selfishness debate. . . . Case after case and news story upon news story he dissects with great care and logic.” 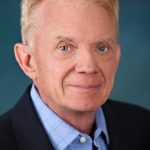 “It is taken as an axiom by most people that altruism is moral and self-interest is immoral. In a brilliant analysis, Peter Schwartz turns this view on its head. By explaining what altruism and self-interest really mean, he shows that altruism (self-sacrifice), far from being benevolent, is profoundly anti-life, and that self-interest, based on reason, is unequivocally pro-life. There is no doubt that America’s future depends more on this one, fundamental issue than on any other.”

Dr. Edwin Locke
Emeritus Professor of Leadership and Motivation at the R.H. Smith School of Business, University of Maryland 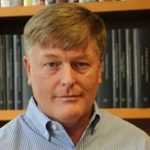 “Peter Schwartz’s In Defense of Selfishness is a brilliant and timely book on the most important moral subject of our age: the battle between selfishness and altruism. Written with crystal-clear prose, penetrating logic, and a level of moral seriousness that readers will find compelling, Schwartz’s book should redirect America’s moral, social, and political conversation for a generation to come.” 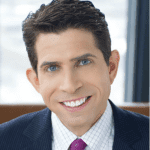 “Are you selfish? You should be, and Peter Schwartz knows why. In the breezy but passionate In Defense of Selfishness, Schwartz validates rational egoism as the only moral code by which humans can live and succeed. It’s not bad policies that are destroying the world, but bad philosophic ideas. From charity to religion to government to romantic love, Schwartz systematically incriminates the altruist ethics that likely lies behind most decisions you make, and presents selfishness-yes, selfishness-as the moral ideal. This radical book could change the world.”